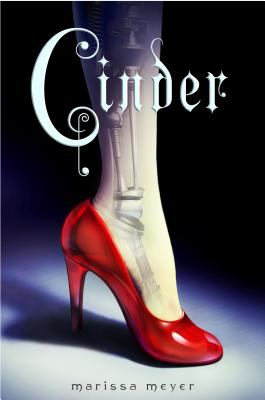 This is the first book in the Lunar Chronicles series and tells the story of Cinder, a talented mechanic and cyborg who lives and works in New Beijing with her stepmom, who never wanted her. When Prince Kai enters her life asking for help repairing an android, her life is turned upside down. Soon after his visit, her sister becomes sick and Cinder is “volunteered” to help find a cure, a quest that leads to the discovery of Cinder’s true identity. For her own safety, though, she cannot tell anyone, including Kai.

The story is a unique take on the classic Cinderella fairytale and is full of romance and humor as Cinder tries to save her sister and her home while coming to terms with who she really is.

The Unwanteds is a book where there is a lot of magic, and I would recommend this book for people who like to read fantasy. All you can see in the book are magical creatures everywhere you go and magical places where many interesting things happen. There is a lot of action going on in the book as well as lots of intense emotions for the characters.

We start in the kingdom of Quill where High Priestess Justine rules with many restrictions, and we meet two brothers, Alex and Aaron. Alex protects Aaron and takes any and all punishment that comes their way. That means that when the boys are sorted, Alex becomes an Unwanted and is sent to the Death Farm. Secretly, the killer turns out to be a nice man who protects the Unwanteds in a magical place, and no one in Quill knows anything about it.

Alex is happy, and he wants to bring his brother to this new magical place to prove how much better it is than Quill. But will Aaron believe him? Is he willing to come? And if so, how can they do this without exposing everyone to danger? If you want to find all this out, then read The Unwanteds.

Title: The One Safe Place

The One Safe Place is a great book to read and I would recommend it especially for people who like reading dystopian fiction. When reading this book you will be always on your toes from the start until the very end. You really get into the main character’s shoes straight away and feel very sad at times or feel for others in the book as well.

The main character in the story is Devin. First off when you get in the story he tells you about his grandma and how she died and there’s only his grandpa here to help on the farm. Then, Devin’s grandpa dies and now he can’t take care of everything on the farm himself. He goes to the city where his grandpa once told him the rich live. Devin goes there to get some help on the farm. He meets a mysterious girl named Kit who has a very sad and harsh background story like Devin. Once in the city Devin can’t find any help, so he stays with Kit and gets to be friends with her. On the streets they meet a boy named Roman. He tells them about a place where abandoned children get cared for as well as getting free food and clothing. Kit doesn’t believe Roman, but later when Devin wants to go to the place Kit hops right in with him. Is this place real? Do they really take care of children as Roman said? If you want to find out, read The One Safe Place.  You will want to find out all of the secrets in the book!

Title: An Ember in the Ashes 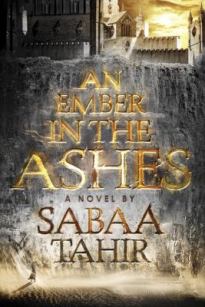 An Ember in the Ashes is an epic story. It’s Game of Thrones set in the Roman Empire. The story is narrated in turn by Laia and Elias. Laia is a slave and Elias is a soldier, but no one is truly free in the Martial Empire.

When Laia’s brother was taken by soldiers, she went to the Resistance and offered her services in exchange for their help in freeing him. She risks her life daily as a slave, a spy, and a saboteur in Blackcliff Military Academy.

Elias is one of the elite. trained from an early age at the Academy. Elias wants only to be free of the tyranny he’s being trained to enforce, but in the Empire, defiance means death.

An Ember in the Ashes is a first novel that is bold, thought-provoking, and pulse-pounding. Book two, A Torch Against the Night, comes out August 2016. 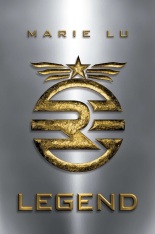 Are you experiencing Hunger Games withdrawal? Pick up Legend and you may get some relief. Chapters alternate between Day, a criminal with a price on his head, and June, the prodigy soldier tasked with tracking him down. Where are they? Los Angeles, the capital of the Republic of America, in 2130 AD.

Legend is the first in a trilogy, and the nonstop action, suspense, and touch of romance will have you anxiously awaiting the next installment. (Prodigy comes out in January 2013.)

Fun fact: the author was a video game designer before she started writing full-time.

And finally, here’s the trailer for Legend.